Breast Cancer; The most common type of cancer worldwide! 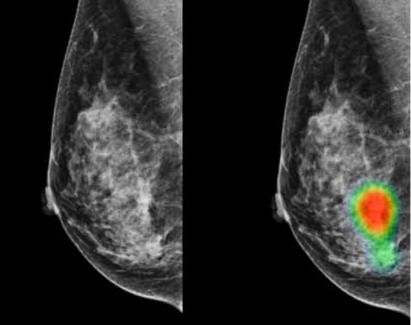 
Breast cancer is a type of cancer that develops in the cells of the breasts. It rarely occurs in young women & mostly affects older women. According to WHO, Breast cancer is the most frequent cancer among women worldwide. It impacts over 1.5 million women each year & causes the greatest number of cancer-related deaths among women. In 2015, 570,000 women died from breast cancer (approximately 15% of all cancer deaths among women.) What are the signs and symptoms? Majority of breast cancer cases are diagnosed when the woman notices a lump on or around the breast. Further investigations usually confirm the presence of cancer. Though the features that may indicate breast cancer vary for person to person, some of the most common features include pain around the breast, rashes on the breast skin, redness & nipple discharge. What are the Risk factors/Potential causes? The primary risk factors include female sex & advanced age. Other significant risk factors include genetics or positive family history where the mother, grandmother or other direct family member has had breast cancer. Obesity, lack of exercise, alcohol consumption & cigarette smoking are also significant contributors to developing breast cancer. Is it treatable? Most types of cancers, if diagnosed early, during the initial stages are completely curable & leave no long term effects. However, if undetected during its initial stages & allowed to progress to advanced stages, they have very poor potential to be cured. According to the American Cancer Society, Stage I cancers have an almost 100% 5-year survival rate followed by Stage II at 93%, Stage III at 72%. Stage IV however has a significantly poor prognosis of 22% since this type also spreads to other parts of the body. How is it treated? The main treatment for breast cancer is surgically removing the cancerous tissue or lump- a procedure known as “lumpectomy”. Another common procedure includes mastectomy where the entire breast containing the cancerous tissue is surgically removed. Radiation therapy & chemotherapy may also be used after surgery. How can we prevent developing cancer? As with most types of cancer, there are many different lifestyle factors that play an important role in development of cancer. You can reduce your chances of developing this condition by leading a healthy lifestyle which includes regularly exercising & maintaining a healthy diet. It is also advised to stay away from alcohol and cigarette smoking.