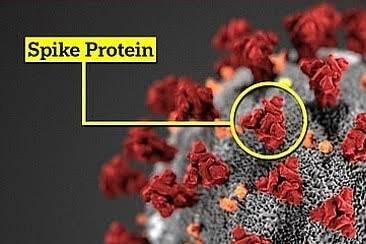 
A new "double mutant" variant of the coronavirus has been detected from samples collected in India. Officials are checking if the variant, where two mutations come together in the same virus, may be more infectious or less affected by vaccines. The genetic code of the virus works like its instruction manual. Mutations in viruses are common but most of them are insignificant and do not cause any change in its ability to transmit or cause serious infection. But some mutations, like the ones in the UK or South Africa variant lineages, can make the virus more infectious and in some cases even deadlier. Virologist Shahid Jameel explained that a "double mutation in key areas of the virus's spike protein may increase these risks and allow the virus to escape the immune system". The spike protein is the part of the virus that it uses to penetrate human cells. The government said that an analysis of the samples collected from India's western Maharashtra state showed "an increase in the fraction of samples with the E484Q and L452R mutations" compared with December last year. "Such [double] mutations confer immune escape and increased infectivity," the health ministry said. Dr Jameel added that "there may be a separate lineage developing in India with the L452R and E484Q mutations coming together". A "double mutant virus" - it's a scary phrase. Breaking it down, the words suggests that Indian scientists have discovered two significant mutations - or changes - in different locations in a single variant of the virus. That is not so surprising. Viruses mutate all the time but the questions that need answering are: does the presence of this double mutation change how the virus behaves? Will this variant be more infectious now, or cause more severe disease? And importantly, will current vaccines still work well against it? Scientists will now be busy doing the detective work needed to find out the answers. Officials say because the proportion of tests that have come back with this double mutation is currently low, there is currently nothing to suggest this is behind the current surge in cases. In terms of vaccines - so far, for many variants of concern around the world they have been shown to be effective, though sometimes less so when compared to the original viruses they were designed against. Scientists are confident that if needed, existing vaccines can be modified to target new mutations.